Navigation: Startseite > Motorway Link to A66 Anmelden / Registrieren
Motorway link to A66

Motorway link to the A66 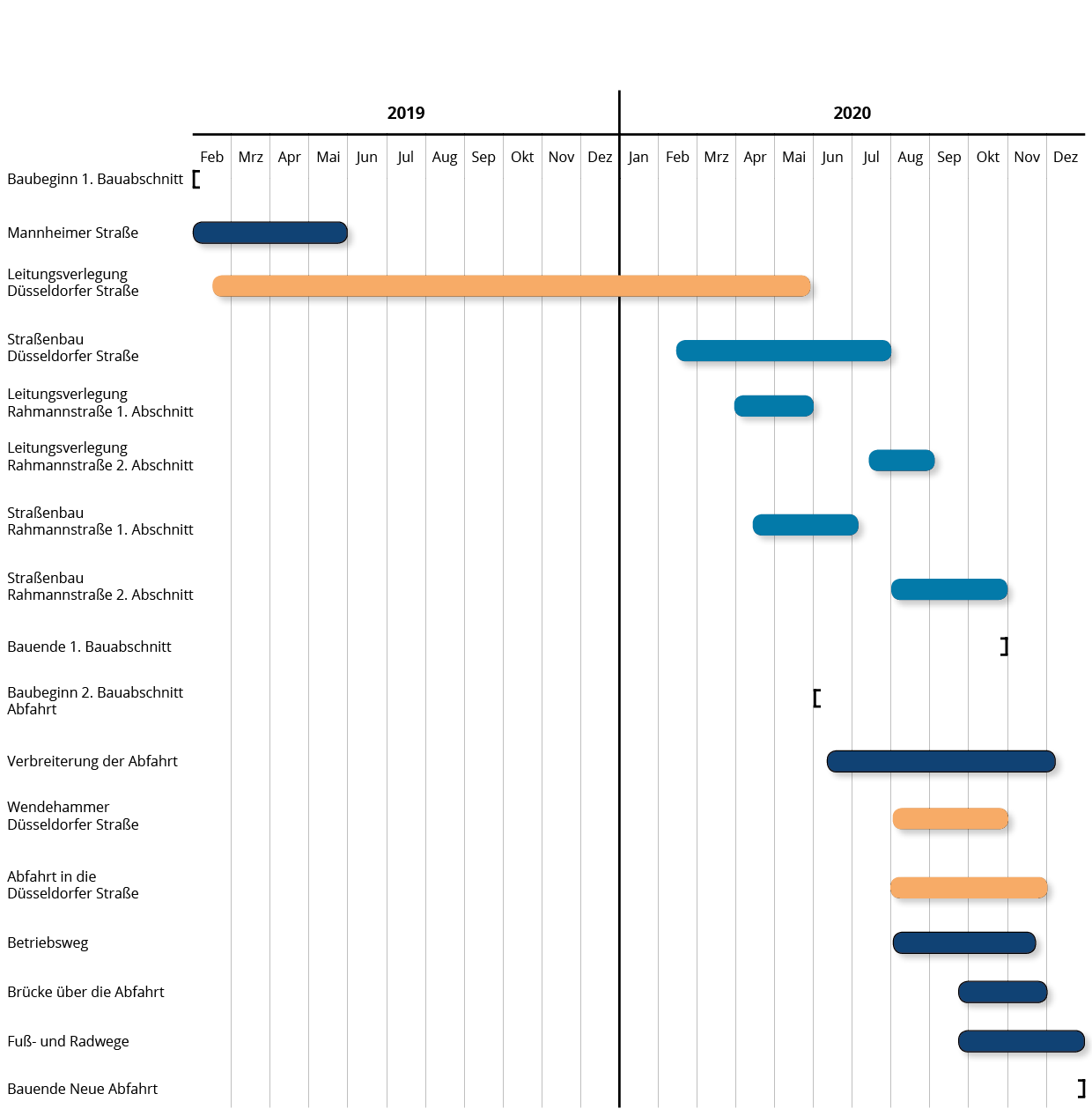 In February 2019, the firm Depenbrock will start construction works on the first section. The construction site will be set up and starting in the middle of February, the following works will be started:

Construction works in Mannheimer Straße are making good progress. That's why we will start working on the Eastern side of the road on April 3rd, 2019. Traffic routing will not be affected by this.

It began with the bomb disposal team in September 2017, which had to clear the construction area. There have been extensive pipe laying works ever since, in order to enable the subsequent constructions on the roads.
The drinking water transport pipeline DN 500 in the area of the motorway exit has been installed in April 2018. Two bundles of in total 8 optic fibre cables have been rerouted in July / August 2018.
The high pressure gas pipeline will be installed in Spring 2019, due to the necessary coordination with RWT.

Work on the new bridge construction

Next, work on a new bridge construction and on a bridge that already exists will start. The final road construction measures for the new exit will take place in Spring 2020. At the moment, construction work on Düsseldorfer Straße, Mannheimer Straße and Rahmannstraße are being planned and the tender is being prepared. Contracts will be awarded in 2018, construction works will begin in 2019.
In Rahmanstraße, work will start in Spring 2019. Canals, house connections, road foundations, asphalt surface and pedestrian walkways will be renewed completely. Construction work will probably last until Spring 2020.
Within the framework of the construction measures, the traffic routing will be adjusted accordingly. The planned new traffic routing will allow bidirectional traffic in Mannheimer Straße and is depicted hereinafter.
The project, which will cost between 8 and 9 million euros, will bring a noticeable relief to all road users in Eschborn, especially for commuters, who drive to work via the intersection of Frankfurter Straße and Sossenheimer Straße every day.

Changes in the planning, delays during the construction process and especially planned road closures will be displayed on this website.

Furthermore, we will inform the direct residents of the streets affected separately about the upcoming measures. 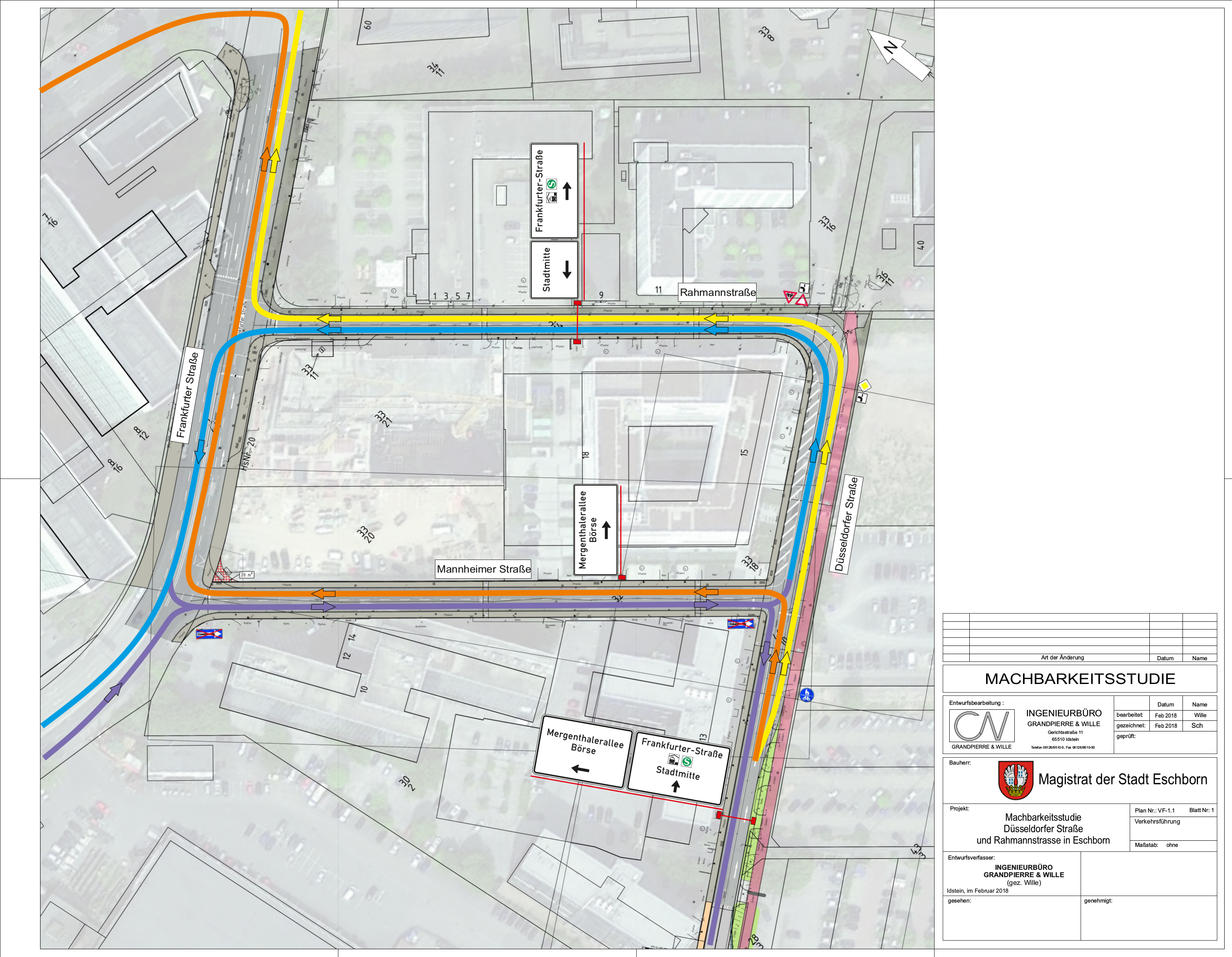